Songs From The Elkhorn Trail, the solo acoustic debut from Jim Lindberg, is out today on all digital platforms. The album will be available on CD & vinyl May 6. 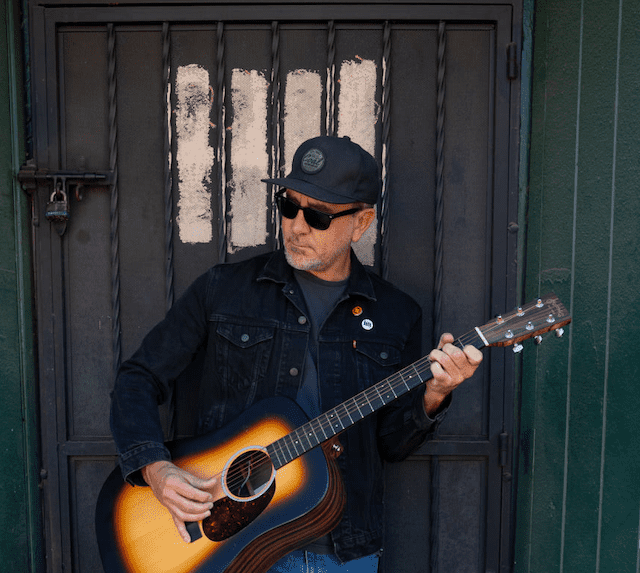 Most known for his role as songwriter and lead singer of punk rock band Pennywise, Jim Lindberg has been making inspiring, shout-along skate punk anthems since the 1990s. Musically, he’s influenced by an array of genres from early Hermosa Beach melodic hardcore to the PMA influenced sounds of Minor Threat, 7 Seconds, and Dag Nasty. Lyrically, Lindberg has often taken inspiration from transcendental philosophers to produce not only heartfelt songs about self-reliance and individualism but also scathing indictments of political hypocrisy and corruption

On Songs From The Elkhorn Trail, Lindberg takes a much more introspective turn, producing an album that is at once a personal reflection of life, a testament to family and friends, and a look at the fleeting nature of those relationships, and the resulting consequences of loneliness and alienation. With many of the songs being over 25 years in the making, the album is a heartfelt look at Lindberg’s life story. His late father who passed away in 2018 of Alzheimer’s Disease is a huge inspiration for the record, having encouraged him in many aspects of his life; from buying him his first guitar to supporting him quitting his job and going on tour with Pennywise

Jim LindbergPennywiseSONGS FROM THE ELKHORN TRAIL