By Dom Smith November 11, 2021 News, Videos, Videos Of The Week
No Comments 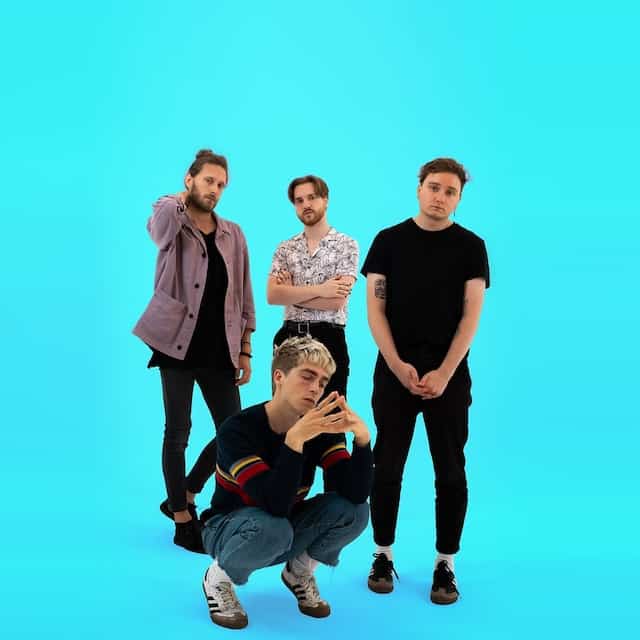 KID DAD wrote a total of 41 songs after releasing their debut record ‘In a Box’ in August 2020. There was just so much that they wanted to get out. That they HAD to get out. A lot that had to be tried and tested. So the band just let it happen.

‘Boat’ was the first of those 41 songs and is now the fourth song on their upcoming EP ‘Bloom’ – set for release on 10th December via Long Branch Records (Pre-order HERE). It’s a song that would have felt foreign on ‘In a Box’. The guitars flow calmly, almost hypnoticly, without a need for the spotlight. Momentum gains gradually, in tiny steps, energy increases organically. ‘Boat’ puts a vacuum to sound – within it everything seems possible and feels meditative.

The lyrics put us in a sort of post-apocalyptic scenario. It’s a giant aircraft carrier floating calmly through a peaceful ocean with no one on it apart from the lyrical self. An idea that is frightening yet romantic at the same time: “I’m not fearful / I am nothing / anything but me / but I’m free,” sings vocalist Marius Vieth.

The upcoming EP ‘Bloom’ is somewhat of a cocoon for KID DAD. Within it, a lot of things are evolving, brewing and stewing, and there’s a lot that could happen. Judging by just how diverse these tracks on the EP are, they still carry the band’s identity, and you can’t help but feel excited about what will come out of that very cocoon.

KID DAD are set to tour the UK in January 2022. Dates below.