The Black Veil club in Leeds has found a new home at The George 67-69, Great George Street. The first return event will be in May. 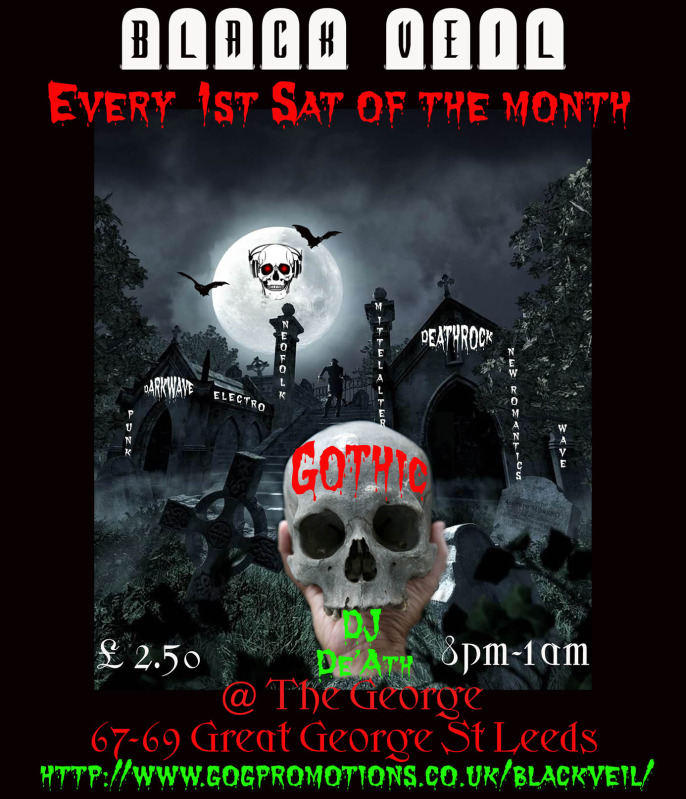 In an official statement, the promoters said: “Some years ago we had the option of using this same venue but decided then to go elswhere. Since then The George has undergone several changes of management but it is now in the very capable hands of the same team who so vastly improved things recently at The Wellington.

“One of the main reason’s we have chosen The George now as the new home for Black Veil is that it is now being run by the former manager of The Wellington who is keen to have us join him at his new venue. Despite only moving into The George in the last seven days Karl and his team have already given the place a facelift. All the old fixtures and fittings have been given a good polish and plans are already underway to spruce up the cellar bar for regular use as a comfortable specialist small music venue. So, there will be no Black Veil in April (Easter weekend) but we look forward to welcoming everyone to Black Veil at The George on Saturday, May 1 and from then on each first Saturday of the month.”

The event will be hosting a double CD release party for The Beauty Of Gemina and Lacrimosa.

The postcode for the event is LS1 3BB.