Dance To The Radio announce acts for Leeds Festival 2012

Lucky festival goers at Leeds kick things off early with local label Dance To The Radio starting the live music early on Thursday, August 23. The arena will open at around 5pm and the following bands will be appearing. 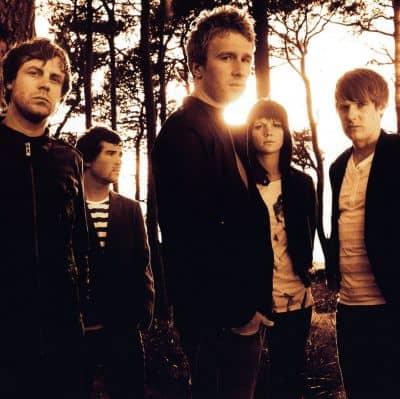 Emergent in 2009, Little Comets have nurtured an upward trajectory with a debut album ‘In Search Of…’, an ever-growing rabid following that has seen the band sell out shows across the UK and on the eve of this year’s festival are due to release their second album ‘Life Is Elsewhere’.

Various Cruelties burst into life in 2010 with a couple of well received singles and plenty of hyperbole. The band is essentially the musical vehicle of the prodigiously talented Liam O’Donnell and earlier this year saw the release of their self-titled debut on the small but perfectly formed Hideout Recordings.

Bradford band Scars On 45 (pictured) have found success in the US where one of their tracks was picked to be used on ‘CSI New York’. They’ve recently performed on the ‘Jay Leno Show’ and their debut eponymous album was picked as one of the top ten albums of 2012 by Amazon. Welcome them back to Yorkshire at Leeds.

China Rats are a rock ‘n’ roll band from Leeds who are inspired by a love of punk, 50’s pop and the best British guitar bands.  Having already got the attention of BBC DJs such as Huw Stephens and Tom Robinson, their pop-punk charm is sure to win you over.

Likely Lads are a four-piece rock band from York.  With over 400,000 YouTube views and counting on their demos, the band has taken great strides towards becoming the most promising outfit to emerge from the North of England in some time.

These new acts join Main Stage headliners Foo Fighters, The Cure, Kasabian plus The Black Keys, Paramore, Florence + the Machine, Kaiser Chiefs, Bombay Bicycle Club, The Vaccines, Justice, The Maccabees, At The Drive-In and many many more.

Reading & Leeds Festival is held on 24 – 26, August 2012 at Little John’s Farm in Reading and Bramham Park in Leeds. The full line-up and further information can be found at www.readingfestival.com / www.leedsfestival.com.