Dream On, Dreamer to tour the UK in September

Cross-continent hybrid hardcore band Dream On, Dreamer have announced a September UK tour (in association with Rise Records) that will also feature Memphis May Fire and The Color Morale. 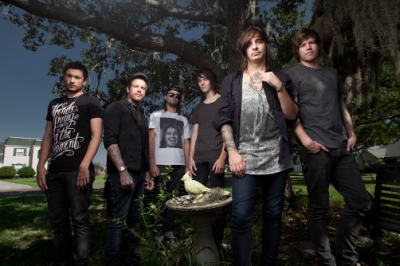 The six members coming from Australia, Germany and America became friends as quickly as they became musical companions. They came together as a unit and began making a name for themselves within their now home country of Australia. Since then, the story is short and sweet. Their ‘Hope’ EP was picked up by Australian’s biggest hardcore label Boomtown Records, and the band was invited to participate in the Australian leg of the Take Action 2010 tour alongside Attack Attack! and Pierce the Veil. They played and toured relentlessly around their base country with all the big names, and ended upbeing voted by readers of the countries biggest heavy/alternative radio poll as the #15 best record of 2010.

Dream On, Dreamer has just returned from the USA where they worked with upcoming producer Cameron Mizell (Memphis May Fire, I See Stars, Woe Is Me) on their debut album ‘Heartbound’. Working out of Mizell’s Florida studio, the band have crafted a modern, impressive debut album that will continue to see them rise to the top of the post-hardcore heap.

‘Heartbound’ is released September 12, 2011 and is preceded by the single ‘Downfall’ available as a free download from Rise Records.

For more information visit the official Dream On, Dreamer website.