Master And The Mule are a Leeds based four piece. They are the natural progression of their former moniker, Immune whose debut album ‘1/F’ and EP ‘Elek’ found critical acclaim which successfully launched them into a succession of live shows and tours alongside Pelican, Oceansize, God Is An Astronaut, Textures and Aerogramme to name a few. 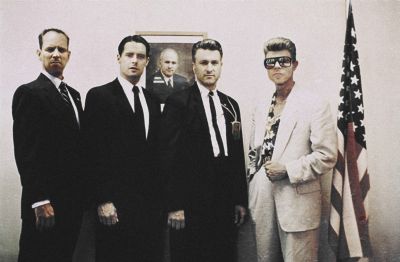 Over the last two years, from the hub of their new studio space they have been meticulously tailoring new material to fit their latest form. They have been busy working with dark, sonorous melodies, cutting raw, solid shapes and stitching in occasional rock spasms and odd time signatures. The beauty really is in the detail of their craft. If you want your music challenging and at times raw and twisted, but still to contain that fragile sonic beauty that will enrich your life, then you’re in the right place. If you don’t then move on, there is nothing to see here.

In a time where the disposable and the faddish silt of the machine rule over honesty and true substance be prepared to be introduced to an ambitious and truly stunning body of work. Their debut album, ‘The View From Nowhere’ is due to be released at the beginning of 2012. In the meantime lending your ears to the concise cerebral tour de force of the single ‘Sixty Five’ is highly recommended. You can do that here: http://soundcloud.com/i-like-press/master-the-mule-6ixty-5ive.

For more information and to hear the single visit the official Master And The Mule http://soundcloud.com/i-like-press/master-the-mule-6ixty-5ive.