Since forming in 2005 Mishkin have toured throughout the UK, recorded a song for the 2008 Beijing Olympics, toured China twice, ran a series of music workshops for children in 20 locations across China, played shows alongside Sepultura, Enter Shikari and Skindred and released a critically acclaimed EP ‘State Of Mute Fear’. 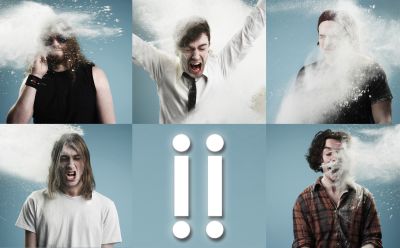 Now in 2011, the Leeds based progressive metal five-piece will release their second EP, ‘Row Away from the Rocks’ on June 6. Produced, mixed and mastered by Justin Hill (SikTh) of WellerHill Productions at Fortress Studios in London and with stunning artwork designed by British cartoonist Ralph Steadman, most famous for his work with Hunter S. Thompson, ‘Row Away from the Rocks’ presents listeners with four tracks of a heavier, rockier, more soulful sound citing influences as diverse as SikTh, Incubus and Faith No More.

Singer Ben Davy comments: “The rest of this year is going to be massively exciting for us! With the new E.P getting its official release in June and our debut animated video hitting peoples screens globally. With more dates constantly being added to our summer tour, the future is looking busy and very, very bright.”