Nickelback is the latest act to be announced as playing the UK’s newest arena venue today. The band are taking to the stage at Leeds Arena on November 27, 2013 as part of an all-new greatest hits tour. 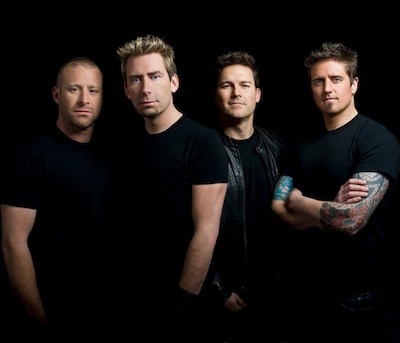 The four piece’s UK tour is a celebration of the music that’s earned them their display cabinet of American Music Awards, Juno Awards, Billboard Music Awards and a list of nominations longer than one of their extended guitar riffs.

On the upcoming performance, Ben Williams of Leeds Arena said: “It’s a real honour to have such a celebrated and international renowned group play here. Having wowed crowds for more than 14 years, Nickelback has a huge and incredibly loyal fanbase.”

Since recording their first album back in 1999, the band has reportedly sold more than 50 million albums worldwide. Ben continued: “We expect that there will be plenty of people across Yorkshire who are just as excited as we are that the Leeds Arena has been included as part of this legendary tour.”

Tickets are available from £37.00 – which includes a £1.00 donation to All the Right Reasons Foundation – and will be on sale from Friday 14th March. To book tickets for this event, visit leeds-arena.com, phone 0844 248 1585, or buy your tickets in person from the Leeds Arena pop up box office, located at Leeds Town Hall. Booking fees may apply.