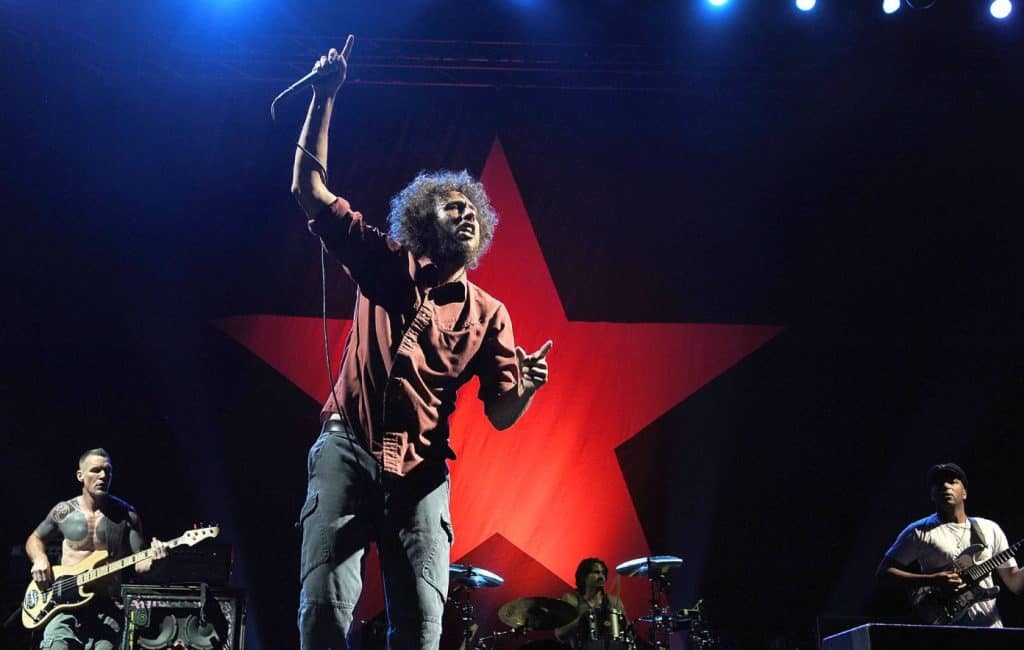 Prophets of Rage was all well and good but the real thing is x100 with Zack de la Rocha back and on form with plenty to shout about, you must not miss their blistering performance on the Main Stage on Friday night. 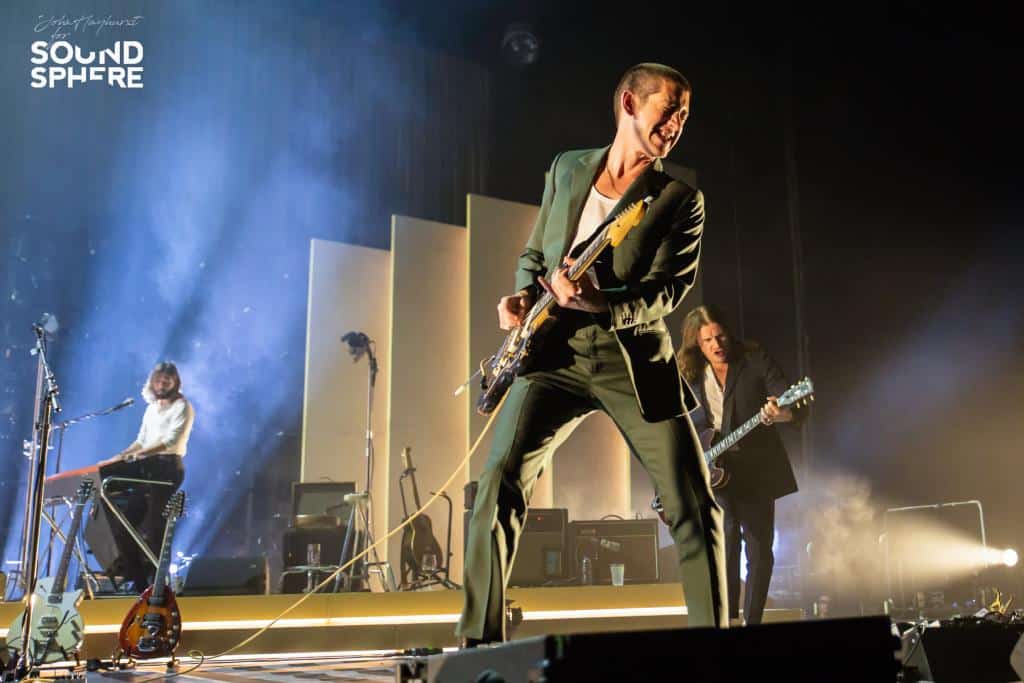 Closing the festival on the Sunday brings the return of Alex Turner and the gang celebrating 20 years together with a hits laden setlist. You are in Yorkshire, so watch the greatest indie band from Sheffield headline the biggest festival in the County.

Little Simz made one of the best albums of 2021 ‘Sometime I Might Be Introvert’ watch this soon to be headliner take the main stage by storm. This British rapper, singer and actress is on a fast trajectory and her live performance should definitely be on your list for the weekend. 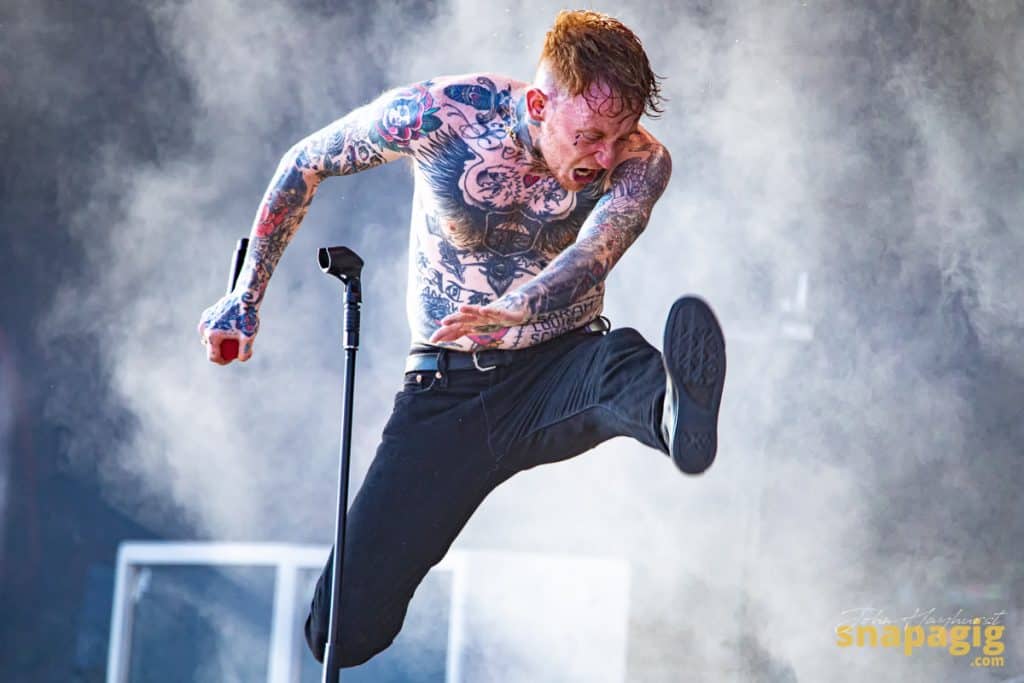 Fancy a spot of crowd surfing? well this is the gig for you. Frank Carter has been playing this festival for years both solo and as the visceral frontman of Gallows. Every time it is one of the best sets of the weekend. Expect an intense punk experience with moshpits and surfers. 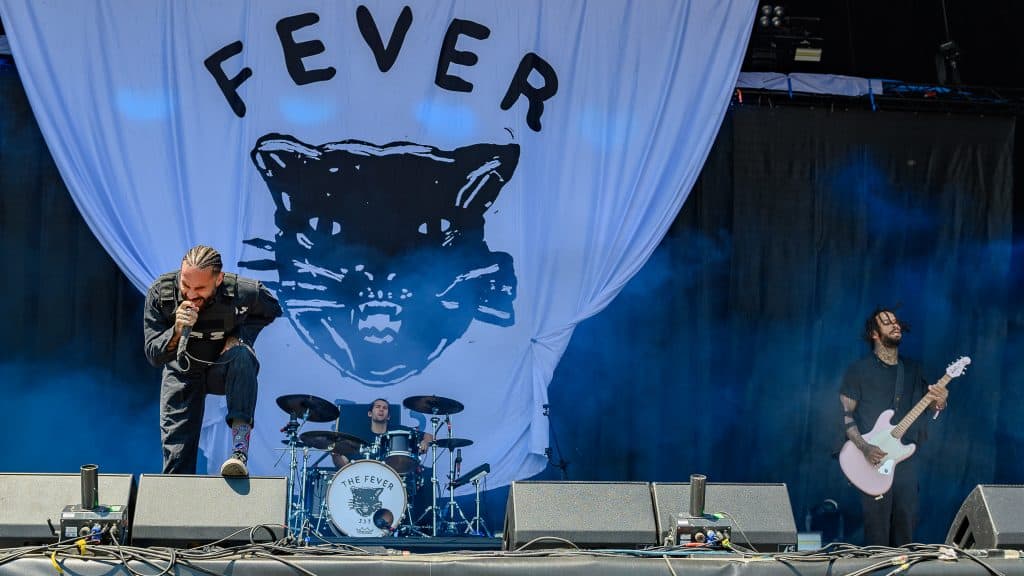 US Rap/Rock crossover band that should really be on the main stage, however they are your natural choice if you don’t fancy Dave on the Saturday night. If you like Rage Against the Machine, Korn, Linkin Park etc. Then you will love this. Expect strong interaction with the audience and a lot of sweat. 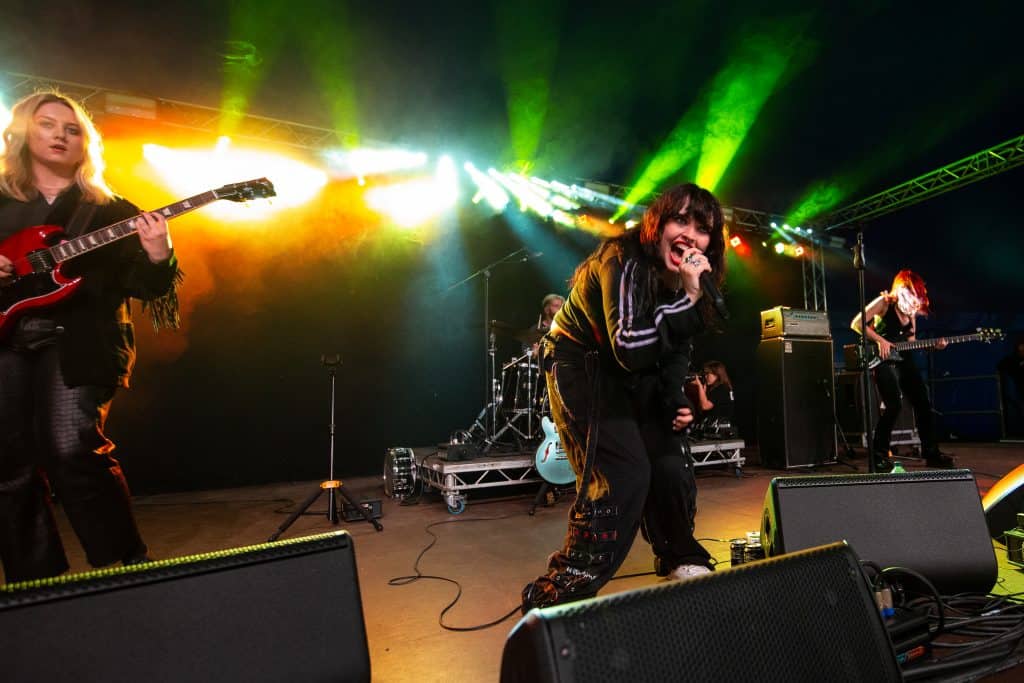 Saw them at Tramlines in Sheffield when they took the tent roof off with their angsty indie punk anthems. Lead singer Holly Minto will be everywhere, writhing on the floor, on the speaker stack and probably in the crowd – one of the most exciting bands from Liverpool at the moment. 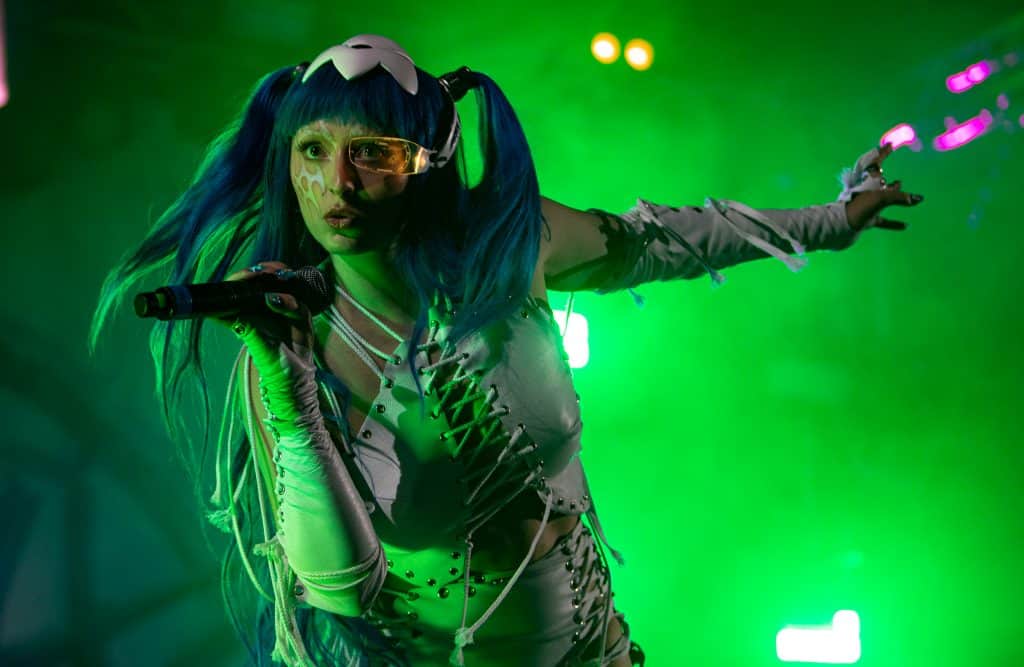 Ashnikko is the blue haired pop provocateur whose music ricochets around themes of empowerment, vengeance and sexual positivity. She released her debut mixtape DEMIDEVIL, earlier in the year, in which she swung punches at the patriarchy and turned the male gaze on itself again and again. Ashnikko tackles life head on with brutal honesty and side splitting humour – nothing is out of bounds as her performance last year showed! 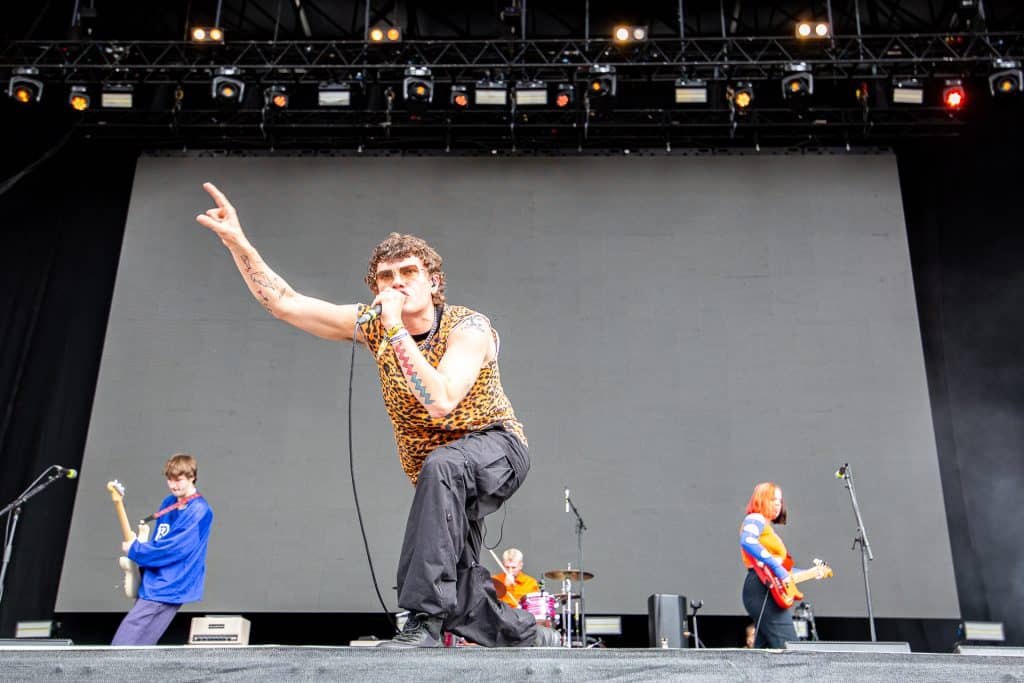 Another exciting indie rock band from Liverpool, gathering new fans with every performance. Great stage presence, punky theatrics and enthusiasm from every band member. It is infectious and they will soon be on much bigger stages, so catch them now while you can. 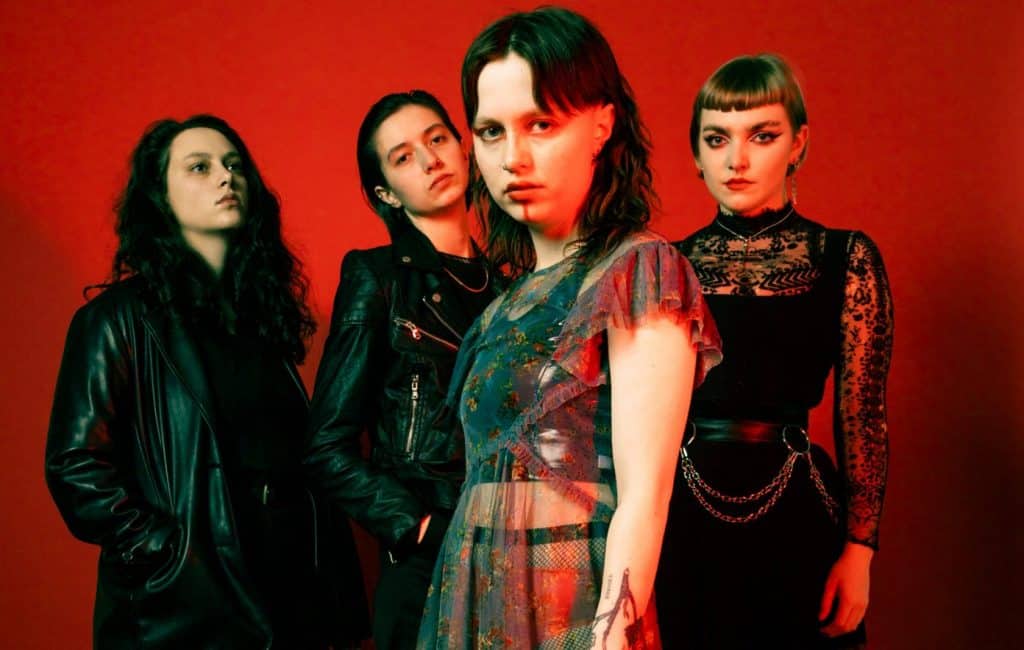 As intense as it gets, this band will ignite the FR tent on Saturday with some heavy riffs and punk attitude, lots of furious rhythm and sharp cutting riffs and lead singer Amy Walpole will be in your face if you so much as give her eye contact. Manchester’s hottest new band. 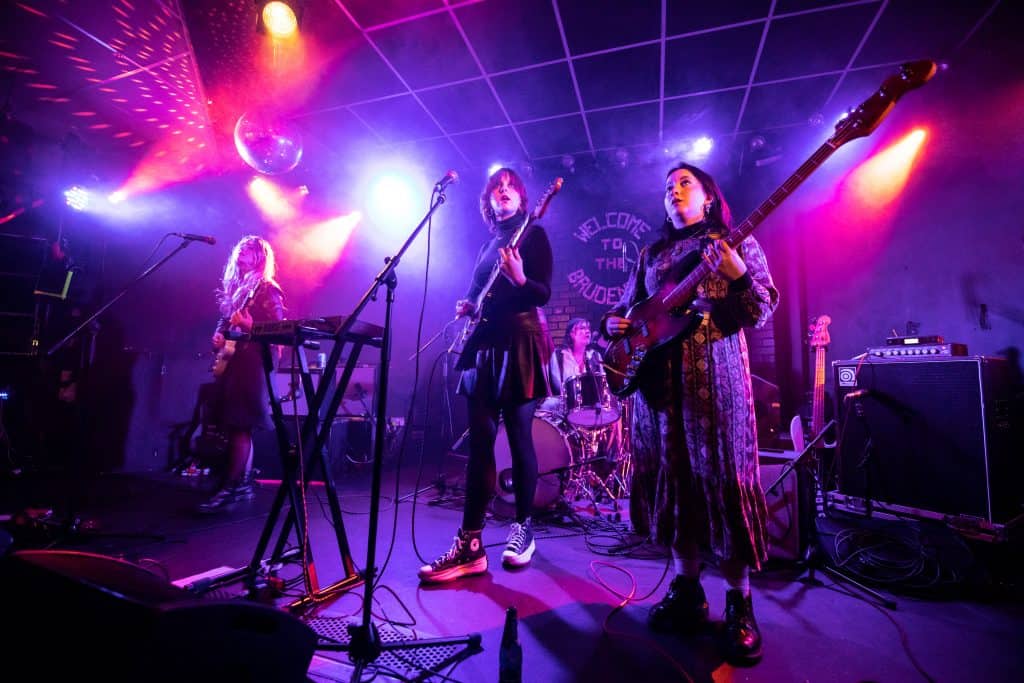 Yes something for Thursday night – Fresh indie music that you can dance to. They have more earworm choruses and sharp kooky lyrics that would please any fan of decent lo-fi pop/indie/rock. I could watch Leila Deeley on guitar all day, she is in this laid back trance like state throughout, throwing her blonde hair around while picking out little riffs and then Chloe Howard next to her delivering some deadpan vocals that Jarvis Cocker would be proud of. In a world where Wet Leg are becoming the new big thing, there must be a place for this Brighton outfit to follow suit very soon. Once you’ve got your tent up, head to the FR Tent for them.

There are many more fantastic performances expected on all stages at Leeds Festival, Soundsphere will be there as we are every year to capture as much as we can – look out for the review and other bits over the weekend.

If you are going don’t forget to check the official website https://www.leedsfestival.com/information/ for the latest news and FAQ’s.