Woe, Is Me announce new vocalist ready for UK tour

Hardcore-crossover act Woe, Is Me have released the following statement about their new vocalist: “We are beyond thrilled to announce our dear friend Hance Alligood as the new vocalist of Woe Is Me. We feel this is making our band even more of a family than it was before, given our history with Hance. 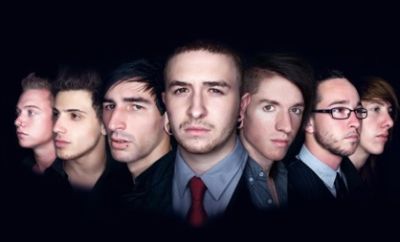 “He was the original vocalist of this band, and we parted ways shortly before becoming public. We are 100% positive that this is how it should have been from the beginning.

Upon welcoming Hance to our band, we entered the studio to work on a reissue of ‘Number[s]’ that’s going to include some remixes, a new cover, and a few surprises. One surprise being a new single titled ‘Vengeance’ that will be out on iTunes on September 26th 2011. We hope the new single and reissue will hold you guys off for a bit, as we will be entering the studio in May to record our sophomore album.

We feel now we are in full force, and we don’t plan on letting anybody down. That said: be wary of rumors you hear about this band. We are not breaking up, and we will always have nothing but a rigorous touring schedule so we can see all of your pretty faces.”

To view the band’s filmed announcement head to:

Woe, Is Me will be touring the UK with Sleeping With Sirens and A Skylit Drive this month. Dates are as follows:

For more information visit the official Woe Is Me Facebook.