Lit have revealed they will release their long-awaited seventh studio album, Tastes Like Gold on June 17, 2022 Via Round Hill Records. Lead guitarist Jeremy Popoff says, “We wanted to get back to the old school Lit sound with a modern day approach to the production. 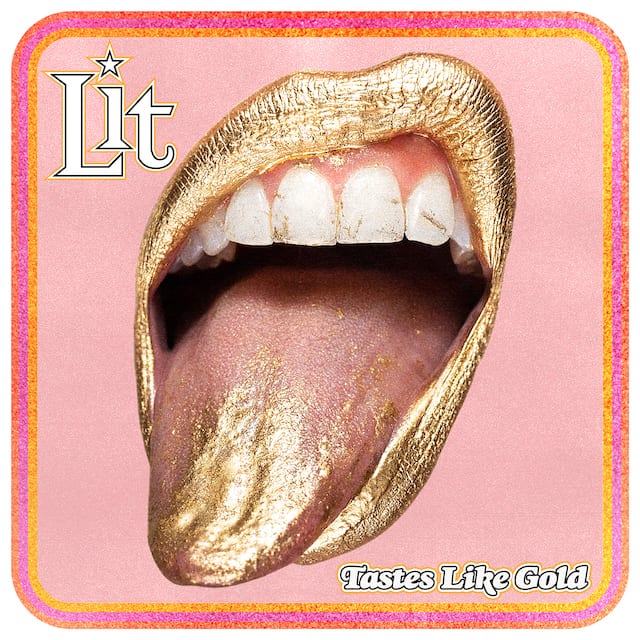 “It took a minute to get our heads in the right place, especially with all of the craziness going on in the world.  We started writing and making demos with Carlo Colasacco and YOUTHYEAR and we knew we had tapped into the vibe we were looking for. Tastes Like Gold is the album we wanted to make.”  Tastes Like Gold, produced by Carlo Colasacco, YOUTHYEAR & Lit features No Doubt’s Adrian Young, Butch Walker and American Authors  is available for pre-order HERE in black vinyl, gold vinyl and CD format.

Lit’s spring tour dubbed, “Spring Loaded” is set to begin May 4 in Flint, MI  along with a date at (le) poisson rouge in New York City May 10 and then wrapping up in the band’s hometown of Anaheim, CA at House of Blues on June 17. Special guests Tuk Smith & The Restless Hearts here will complete the bill for a night of non-stop rock-n-roll.

Additional dates throughout the summer and fall are currently being added to the schedule including a show at Summerfest in Milwaukee, WI on July 2.  Prior to the US run, Lit will accompany Bowling For Soup throughout the UK for a two week tour this month beginning April 12.  All dates are on sale now HERE

In addition, Lit’s four part documentary style podcast about their iconic song, “MY OWN WORST ENEMY” that was produced for Round Hill Music by Osiris Media is available now. Listen to My Own Worst Enemy, The Podcast. Presented by Round Hill Music HERE

US tour dates are below:

below dates are solo headline shows