A tour with a difference by Chapel Club

By Editor September 14, 2011 London
No Comments

Home » A tour with a difference by Chapel Club

London quintet Chapel Club take to the road in anticipation of composing the follow-up to LP ‘Palace’. 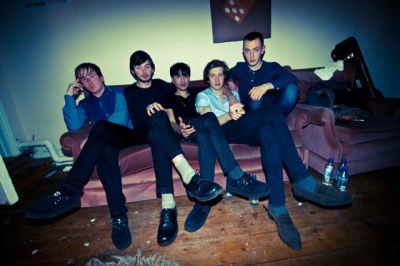 The eight tour dates have a unique two-set format; the earlier a showcase of new tracks, and the later consisting of the band’s established musical canon.

Frontman Lewis Bowman says of the tour, “We all have a lot of love for the songs [on ‘Palace’], and we love that so many people have taken them to their hearts. But when we wrote them we were still learning how to write songs together. Now we have a bit more experience, we’re better able to explore the possibilities. Everything feels freer and fresher and more relaxed and more exciting; hopefully the new songs reflect that.”

The confirmed dates for Chapel Club’s tour are as follows:

Tickets for Chapel Club’s tour are available through online outlets.