As well as touring the UK as Halloween draws closer, Alice Cooper is taking part in an event celebrating his love of horror films. 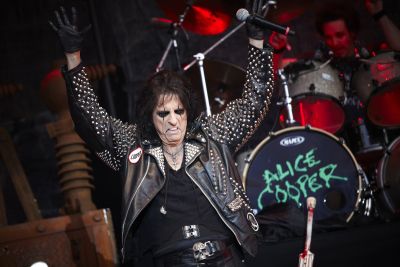 The legendary musician is curating an evening at the British Film Institute’s Southbank headquarters on October 28 to talk about how personally-selected examples of the cinematic genre have shaped his musical career.

Among the films up for discussion are ‘Barbarella’ and, naturally, ‘Halloween’.  Cooper will also be involved in an audience Q&A session and other guests and performances are promised.

More details on these dates is on the Alice Cooper website.