Baddies to raise funds for second album through PledgeMusic

Home » Baddies to raise funds for second album through PledgeMusic

Essex alt-rockers Baddies are trying to raise funds to work on their new album via PledgeMusic. At the end of 2009, they had released the debut album, toured the world and ticked off a hefty amount on the ‘things to do’ list: Reading/Leeds Festivals? Check. Glastonbury? Check. Japan? Check. Australia? Check. You get the idea. The aftermath of all this hard work and globetrotting saw the band stationary in their hometown of Southend, catching their breath and realising they had rinsed everything possible from the debut campaign. It was now time to turn the page and begin a new chapter. The second album. 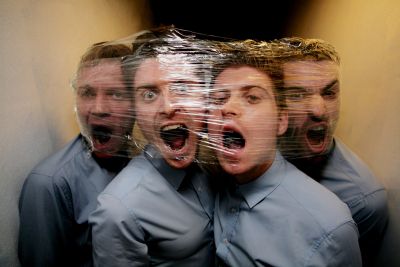 Tucked away in a dim and dusty studio, Baddies tinkered with new ideas and soon enough what emerged were the best bits of the old sound – spiky, scratchy guitars, hooks around every corner and manic vocals brought to life with an electronic pulse… creating an overall impression of a grander, broader and more mature version. Before long, Baddies had acquired enough material to finally make album number two and opted to make a swift return to the legendary Rockfield studios.

The next hurdle to overcome was how to fund this? One option could have been to queue up outside record labels, cap in hand and ask for a mammoth pot of money. In the scheme of things this was both unrealistic and not how Baddies wanted it. Instead, find a new way, retain independence and create a stronger bond with fans. Enter, stage left, PledgeMusic.

Baddies launched the pledge campaign on Monday May 2 for a period of two months. During this time, they will count on their ever dedicated fans to put faith and invest in the new record and allow Baddies to continue growing. In return, the fans get the opportunity to own exclusive merchandise and treats made available by the band. On a regular basis, Baddies will keep pledgers updated with special updates and video blogs. To kick start the campaign, Baddies release new single, ‘Tiger Face’, through YoYo Acapulco on June 6 which also features an exclusive remix from DPPLGNGRS.

To make a pledge towards the album you need to go to http://www.pledgemusic.com/projects/baddies.

Watch the video for ‘Tiger Face’ below: