Basick announce the re-signing of The Arusha Accord

Home » Basick announce the re-signing of The Arusha Accord

Basick Records has announced the re-signing of UK tech-metallers The Arusha Accord. 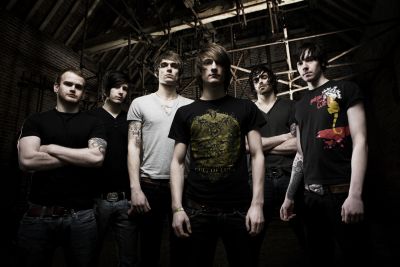 The deal will see a worldwide re-release of the band’s debut album ‘The Echo Verses’ as a 2-disc digipack collector’s edition on April 18 2011, which will be bundled with the band’s original debut ‘Nightmares Of The Ocean’ EP, along with exclusive videos, photos and multimedia content, as well as much sought after guitar, bass and drum tabs to each of the bands songs.

The band are also currently working hard at writing for their follow up record, also due to be released with Basick in the not-so-distant future.

“We’re absolutely stoked to be announcing our re-signing with Basick! It’s great to be back home where it all started for us, the collective of bands and label ethic here is truly rare and one we’re proud to be part of again! We’re equally as ecstatic about this release, a celebration of coming home and also a milestone that will see us move on from ‘TEV’. Everyone’s been working hard to get the tabs, content, artwork and website ready for this and it feels great to now let you in on what we’ve been doing. It’s also great to be getting ‘TEV’ and ‘NOTO’ into stores across the world, something that really had been missing for us and of course, you guys! With all the tabs for ‘TEV’ now there for you, let’s see how you get on trying to learn those.

This release truly means the end to a chapter for the band. We’ve learnt a hell of a lot about our sound and what we want from music over these past two years. As you know we’re working on a new record; the guys have been throwing stuff back and forth to each other and I can assure you, it’s incredible! We have always aimed to push the boundaries with our sound, and the new material is even more beautiful and as disgusting as anything we have written to date. I think it’s too early for us to give anything away but we are dipping back into our roots and also looking at new areas for inspiration. Let’s hope we can finish this as well as we’ve started!”