On April 21 Bloc Party will be releasing an exclusive 7″ via Transgressive which is going to be limited to 500 copies, as was the original pressing on ‘Reign In Blood’ Red vinyl for Record Store Day. 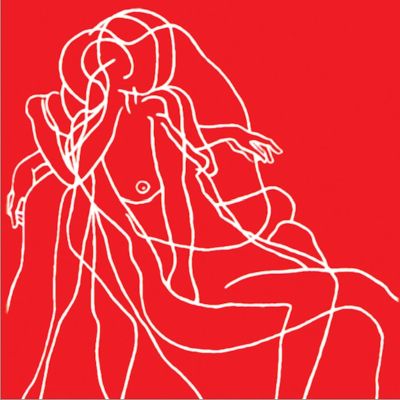 The vinyl will feature rare original recordings of ‘She’s Hearing Voices’, ‘The Marshals Are Dead’ and ‘The Answer’ which was an early live favourite not featured on any other release.  Bloc Party have released three full length albums including the Mercury-nominated debut ‘Silent Alarm’, toured extensively and headlined festivals throughout the UK, Europe and the world and helped shape the sound of modern British Guitar music. As they gear up for 2012 starting with the re-release of ‘She’s Hearing Voices’, Gordon summarises the history of the band’s association with Transgressive, “It’s a reminder that even though our stories are long and entwined, Bloc Party and Transgressive both continue to go from strength to strength.”

In 2002 Bloc Party as we know it – Kele, Russell, Matt and Gordon – were meeting up twice-weekly at a subterranean rehearsal room in Acton. Their first show together as a band was put on by one of Kele’s university friends, Tim Dellow. The pair had bonded over a love of obscure post-rock band Billy Mahonie and in-turn Tim invited Bloc Party to play his night alongside his own band. In the crowd that evening to witness the youngsters show was Transgressive other half Toby L.  2012 marks 10 years since Transgressive and Bloc Party joined forces to take on the British indie music scene. To mark the anniversary “as much an act of love, to rejoin with our old friends, as it is plain common sense” Trangressive will be re-releasing that very first single, in it’s original glory and back on vinyl for Record Store Day 2012.