CourageHaveCourage confirmed for Save The Children’s ‘The Biggest Band’ 2012

Guernsey natives CourageHaveCourage have now been confirmed as a support act for Save The Children’s “The Biggest Band” event at Wembley Arena on March 25, 2012 (date subject to change). 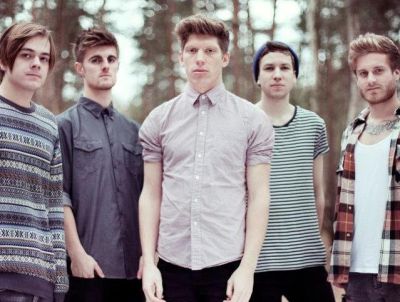 Bassist Ollie Smith comments, “To be involved in such an amazing event with a great cause reached through music is an honour, especially at such an early stage in our career.”

“The Biggest Band” is a live event and recording where they set out to make music history by recording and releasing a track for the UK charts, and smashing a Guinness World Record with 6,500 children participating.

The Biggest Band and it¹s 6,500 band members collectively achieved their dream with their first UK single reaching number 21 in the UK independent charts and smashing the Guinness World Record for the “Most people singing live on a Radio Broadcast”. The 2012 Biggest Band live event is expected to be even bigger with the band expecting over 10,000 singers at Wembley Arena. Not only will the Biggest Band be breaking records again, 100 per cent of the download profits will go directly to the Save The Children charity.

James Farrell, The Biggest Band Executive Producer says: “We are expecting the 2012 Biggest Band event to be even bigger than 2011, our goal is to raise even more money for our great charity Save The Children, improve on our chart position in the UK charts and break another Guinness World Record. Our aim as always is to bring together thousands of people and raise thousands of pounds in one unique and unforgettable experience and you can be part of it!”