Début Christmas LP from The Wurzels

Following our story last week on The Wombles’ bid for a Christmas chart topper, another legendary bunch of guys are also aiming to reach the summit with their first festive album. 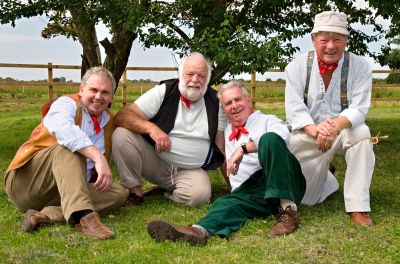 The Wurzels, purveyors of ‘Scrumpy and Western’, bring out ‘Holy Cow! It’s The Wurzels Christmas Album!” on November 14, featuring their versions of Yuletide standards.  A double A-side release, ‘Sleigh Ride’ and ‘White Christmas’, will challenge for the Christmas Number One when released on December 12.