Devil Sold His Soul have announced their UK headline tour, which will be this year’s Metal Hammer Razor Tour, and run from November 4 until November 11 and will see DSHS supported by an exciting bill of up and coming names including Heart Of A Coward and Steak Number Eight. 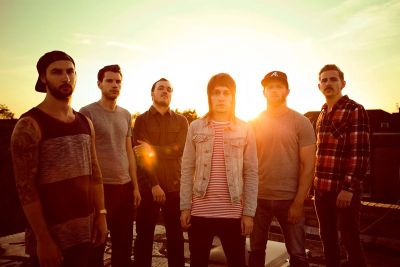 As vocalist Ed (Gibbs) states; “We are dead excited about the Metal Hammer Razor tour, we’ve been off the road for a while now making ‘Empire Of Light’ and we can’t wait to get back into action on the home turf! The new songs are really going to be fun to play live, we really are looking forward to getting loud and sweaty!”

The band will also have a brand new single, ‘A New Legacy’ released via iTunes on August 13.

A brand new video, directed by Stuart Birchall (Architects, Lower Than Atlantis, Your Demise, Qemists/Enter Shikari) has been shot, and is now being readied for imminent release.

The band are also set to release their brand new third studio album, ‘Empire Of Light’, on September 17 through their brilliant new label, Small Town Records. Produced and mixed by Jonny Renshaw (guitarist from the band, head honcho from Bandit Studios – Rinoa, Ancients, The Elijah), and mastered by Alan Douches at West West Side (Converge, Mastodon, Dillinger Escape Plan), ‘Empire Of Light’ is the first album since the band’s departure from old label, Century Media, last year.

The band will be releasing teaser trailer videos every week between now and the day of album release, featuring snippets of new music and artwork. The first of these can be seen here.