Devil Sold His Soul in a Christmas party mood

Home » Devil Sold His Soul in a Christmas party mood

After a year bringing their sound around Europe, Devil Sold His Soul return home to a festive one-off show in London a week before Christmas. 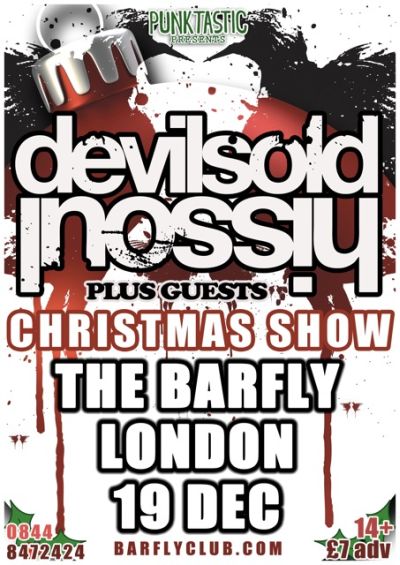 The sestet host their seasonal merriment at the Barfly in England’s capital on December 19, as they set about recording their third album.

Speaking about the album, Ed Gibbs, the band’s vocalist comments; “We’re working really hard on the next album right now, we’re trying out a lot of new things, perhaps some unexpected things, but we’re really excited with how it’s turning out!” Rick Chapple, one of the band’s guitarists, adds he can’t wait to share the new songs: “They’re bigger than anything we’ve done before. We’re trying to take melody and heaviness to a whole new level.”

Tickets for the Devil Sold His Soul Christmas Show cost £7.00 and can be ordered via the TicketWeb site.