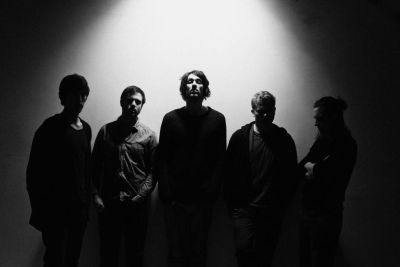 Written, performed, produced and mixed by Duologue, so goes the credit on ‘A-B’ the futuristic electronic rock infused second EP from the London-based five piece. Hot on the follow up to eponymous first EP, this new release is yet further proof of this experimental band’s ability to fuse audio technology with good old, fashioned heart-felt songs.

In between retreating to the wilds of South England to write and produce the band have found time to self-curate a number of sell out shows with the likes of Matthew Dear, Darkstar, Breton and Worship. In addition the band remixed a counterpart EP to their debut release and collaborated with up and coming director and VJ, Lewis Kyle White (2 Many DJ’s, Radio Soulwax, Crystal Fighters) to produce four remix videos currently being hosted online at duologuemusic.co.uk.

“I guess we would consider ourselves musicians and producers in the way we approach a track, we write the song, break it apart and build it up layer by layer, using as many new sounds and beats as possible and pushing it as far as it can go.”