‘Destabilise‘ is the first brand new Enter Shikari track since February’s ‘Thumper‘, and was produced by Enter Shikari and Dan Weller during the summer of this year. The track will be released as a very limited edition coloured vinyl 7″ (backed by live favourite ‘Motherstep/Mothership‘ recorded at the band’s Hammersmith Apollo show back in February) which will be available only from independent record stores on November 29; coinciding nicely with the band’s UK arena tour as special guests of 30 Seconds To Mars). The new single will be out via Ambush Reality / PIAS. 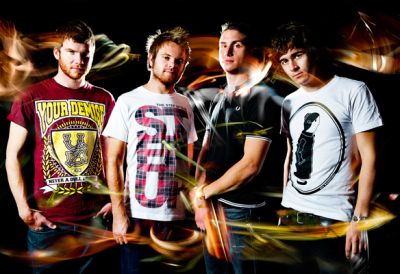 The digital version of ‘Destabilise‘ will, however, be available from this coming Tuesday, October 26 as an iTunes exclusive download (exclusive for two weeks before being widely available from all download retailers), a video for ‘Destabilise’ will surface the same day.

26 – CARDIFF – International Arena (with 30 Seconds To Mars) SOLD OUT