Fresh Garbage LP for May delivery

Details of the fifth studio album by Garbage, expected in May, have been disclosed. 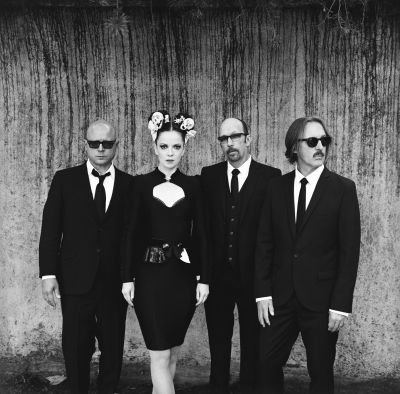 Entitled ‘Not Your Kind Of People’, the fifth LP came easy to the band seven years after their last studio album. “Working with Garbage again was very instinctual, like getting on a bicycle… with three other people,” observes Duke Erikson, “We haven’t felt this good about a Garbage record since the last one!”

A video teaser for ‘Not Your Kind Of People’ has been shared online:

The album’s release will coincide with European tour dates and festival appearances, including a show in the UK. Shirley Manson states: “Thinking about going back on the road is both thrilling and terrifying in equal measure, but we’ve always enjoyed a little pain mixed in with our pleasure.”

The band’s only British gig of this tour takes place at the Troxy in London on May 9. Ticket details and all you need to know about Garbage is on their website.