Gary Numan‘s classic album, ‘The Pleasure Principle’ is being re-released as a double-CD edition (featuring demos and B-sides on a bonus disc) 30 years after it debuted at Number 1 in the UK charts. It will hit the shelves on September 28.

The singer’s single from the album, ‘Cars‘ also climbed to the top of the charts, an achievement he’s celebrating with a 16 date UK tour starting in mid-November. 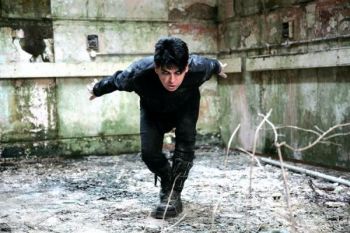 As an album, ‘The Pleasure Principle’ marked the point where Numan became a huge international solo star, reaching the Top 10 in the States with ‘Cars‘ and Top 20 with the album.