Rock supergroup, Hellyeah, have announced a new single ‘Bigger God’ to be released on June 10, ahead of their tour Dates in Europe this spring. 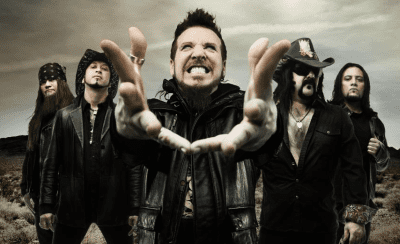 ‘Bigger God’ is taken from the band’s third album ‘Band Of Brothers’ (Eleven Seven Music), which was released in July 2012 in the US, UK and Europe.

‘Band Of Brothers’ sees Hellyeah taking a slightly different musical direction. Drawing on their former bands’ collective metal roots for inspiration, the influences and style of Mudvayne, Pantera, Damageplan and Nothingface are immediately recognisable throughout the album.

The band recently toured the US with co-headliners All That Remains and support from Nonpoint. Following those shows, Hellyeah will embark on a European run of shows with bands including Korn, P.O.D and others.

UK dates from the European tour are below: