Is Tropical stream their debut album exclusively on Facebook

Home » Is Tropical stream their debut album exclusively on Facebook

Is Tropical are set to release their debut album ‘Native to’ on June 13, 2011 via Kitsuné. 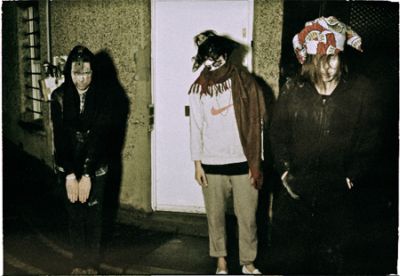 ‘Native to’, produced by the band together with Jimmy Robertson and part-mixed by Lifelike, features twelve new tracks including previous singles  ‘South Pacific’ and ‘The Greeks’. Stylistically ranging from pop anthems to late night dance tracks, standouts include, ‘Lies’ and ‘Think We’re Alone’.

Formed in London, Is Tropical first came to international attention with the release of their debut single ‘When O’ When’/’Seasick Mutiny’ on Hit Club Records in January 2010. Produced by Alalal (The Big Pink / Klaxons), the single, together with their spectral live shows, saw the band attract the attention of fans and critics alike. They soon signed to legendary French label Kitsuné (Digitalism/Two Door Cinema Club) and released their second single ‘South Pacific’ in November 2010.

Their recent single ‘The Greeks’ was accompanied by an amazing video directed by French team Megaforce. The video has gone completely viral, clocking up over 1.5 million views in just over a week and being described as best video of the year by many.

Is Tropical are playing their album launch party in London at XOYO on Friday June 17.