Losers – the band formed by DJ Eddy Temple-Morris and The Cooper Temple Clause‘s Tom Bellamy will release their new single ‘No Man Is An Island‘ on December 14, via Distiller Records. 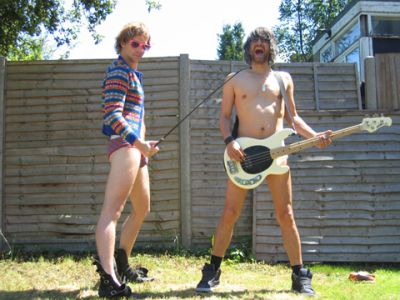 The lyrics to the song feature the line “Jane’s Addiction, Nine Inch Nails, Football: England, Rugby: Wales.” – make of that what you will. The sound blends elements of electronica, pop, Industrial and dance.

You can preview the new single at the official MySpace.