After selling out his 12th show at London’s Koko on October 22, Mr Scruff returns for his regular residency in the New Year on Saturday, February 18, 2012. 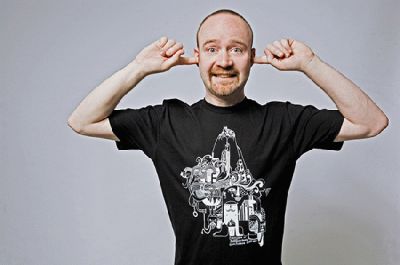 A lot of things have happened since a young Andy Carthy started answering to the name Mr Scruff – making a name for himself under the shadow of Manchester’s mid 90s club scene. Not only has he released four critically acclaimed albums, with countless tours and club events he has cemented his now legendary DJ status. This is a DJ that can sell out the 1500 capacity London KoKo armed only with his records, some turntables and a few spare packets of teabags!

Mr. Scruff will be at the controls for six hours, serving up a melting pot of jazz, soul, hip hop, funk, disco, deep house, reggae, dubstep, afrobeat, latin, electrofunk and plenty of goodies that don’t fit into any category. Oh, and you can even get a brew!

His new Ninja Tune singles ‘Wobble Control’ and ‘Feel It’ are out now.

You can listen to some DJ Sets, including the October Koko set, at the Mr Scruff SoundCloud page.

Mr Scruff is currently on tour.

Tickets for the London show are available at gigsandtours.com here.