New era for Future Of The Left

Home » New era for Future Of The Left

Welsh/Australian quartet Future Of The Left are starting a new chapter in their history with a new record deal, an upcoming six-track EP and three confirmed UK performances in November. 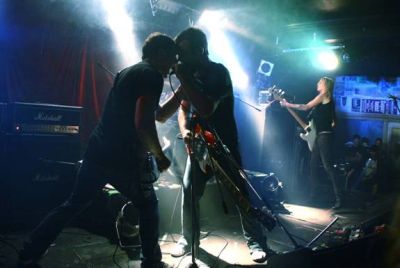 Frontman Andrew “Falco” Falkous has confirmed the band’s new deal with Xtra Mile Recordings, who will release the ‘Polymers Are Forever’ set on November 14. Song titles are:

“Falco” also revealed the band’s next album is titled ‘the plot against common sense’ and is set for a release in early 2012.

The group perform three shows in the UK in November before they head to Australia for five December dates; the gigs announced in this country are:

Further details on these shows, and about Future Of The Left themselves, is on their Facebook band page.