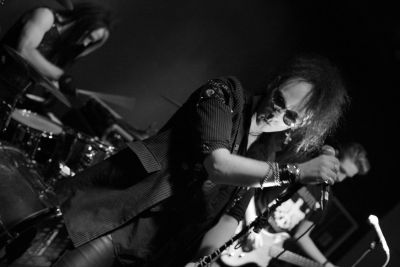 Partly Faithful (featuring Screaming Banshee Aircrew’s Ed Banshee) are currently looking for a permanent guitarist to replace co-founding member Gemma Thompson, who left the band due to other commitments. They will be releasing their second EP ‘The Beehive’ this autumn, with production from Rachel Stamp’s David Ryder Prangley.

Partly Faithful will be performing with Murray Fenton on the following dates: Friday, June 22 at The Comedy in London before performing on Friday, July 6 at Punk Club 3, Hope & Anchor.

Further shows (including dates up North) are still to be announced.