London-based independent record company, Brille Records has announced that Random Impulse has signed to the label. The deal covers all territories and fans can look forward to his debut album next Winter. 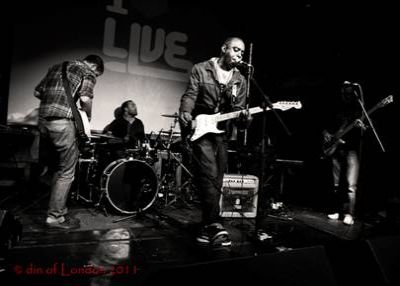 Random Impulse, or Jovel Walker to his proverbial, is a 24-year-old MC and guitarist from Finsbury Park in London. His music sits between the jagged indie-rock of Jack White (whom Pulse counts among his fans) and explosive lyrical prowess of of Jay-Z.

Previous to his signing, Walker has written songs for Lupe Fiasco, worked with Tinie Tempah and Wiley, released records by Chipmunk. The artist has also made a mixtape of his “re-fixes” of some recent tracks available to download free from his Facebook page, including cover versions in his unique style of tracks from his heroes The White Stripes, his friend and collaborator Ed Sheeran, Chase and Status and Pro Green, amongst others.

There is a free stream of the tracks here.

Random Impulse will be on tour through February and March supporting Rizzle Kicks.