The third album by Enter Shikari hits stores in just over one month’s time. 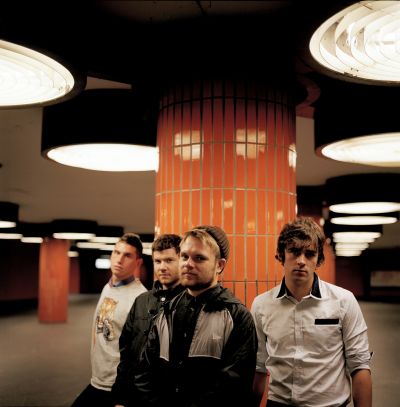 ‘A Flash Flood Of Colour’, released on January 16, is jointly produced by the band and Dan Weller.  In addition to the single ‘Sssnakepit’ and recently-revealed tracks ‘Arguing With Thermometers’ and ‘Gandhi Mate, Gandhi’, it contains eight further new tracks.

Band frontman Rou Reynolds says the LP is a collection of individual songs written in the past few years: “They all do share a common theme though, well at least I think so – that of looking at things objectively and scientifically and the sense of empowerment for us all that comes out of that. We feel we simply have to speak out for what is actually important and relevant when surrounded by such a large percentage of art that has condensed itself into soulless, pointless muck, whether it’s glorifying violence or propping up a culture of over-consumption and greed.”

It’s not just the new album in prospect for Enter Shikari as the New Year beckons. “2012 will mark our first proper headline tour in the U.S. This will be your first proper chance to devour Shikari with all the condiments and fancy cutlery. Indulge!” adds Reynolds.

More details on ‘A Flash Flood Of Colour’ and Enter Shikari can be found on their website.