S.C.U.M are set to release a new single, ‘Faith Unfolds’, on the January 2, 2012. ‘Faith Unfolds’, the follow up to the recent ‘Whitechapel’ single is anthemic pop at its very best and proved to be a live favourite during the bands recent UK and European tours. 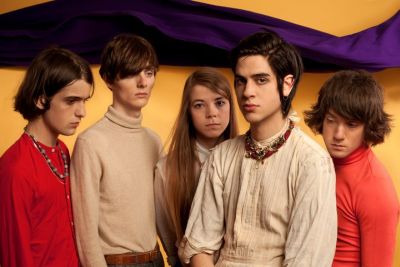 One of the many standouts from their critically acclaimed debut album ‘Again Into Eyes’, the single comes backed with exclusive mixes by Silver Alert (aka Jim Sclavunos – Bad Seeds / Grinderman – and Peter Mavrogeorgis) and Aaron Dilloway (founder member of Wolf Eyes / aka Spine Scavenger).

An exclusive remix by Deptford Goth of ‘Faith Unfolds’ is available now at the band’s official Facebook page.

See the video for Faith Unfolds, directed by Iain Forsyth and Jane Pollard at: