The Marionettes have set up an official MySpace in honour of guitarist Nevi who passed away on December 21, 2009. Nevi’s father died 24-hours previously. 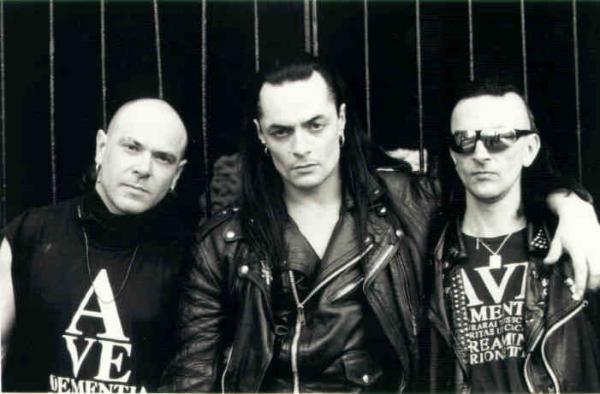 The band are trying to support Nevi‘s brother Vince by raising funds for both funerals by selling re-mastered LPs.

“R.I.P. Nev. This is The Marionettes official myspace. We have set this up in memory of Nev our beloved guitarist who passed away on the 21st of December 2009. Nev was a fantastic person, a wicked guitarist and my best friend in the World. Nev‘s Dad died 24 hours before Nevi passed. Nev‘s brother Vince has to bury both his beloved brother and his Dad at the same time next week. We are trying to raise funds to help him with cost’s so we have digitally re-mastered all four of our LP’s and are making them available for download at iTunes rates £0.79p per track or £7.50 LP. Just tell me which track or LP you want to down load and pay via pay pal to [email protected] I will send you your own exclusive link then download. There will also be regular news updates and we may do some shows in the UK and Germany in memory of our wonderful Nevi.”