Fresh off the stage from headlining Dark 7 Festival at Camden Underworld in London, Industrial trio System: FX return with a new release ‘Overdrive’. The EP features remixes from some of the scene’s big names – Straftanz, Caustic and Implant. The self-released record will be out July 4. 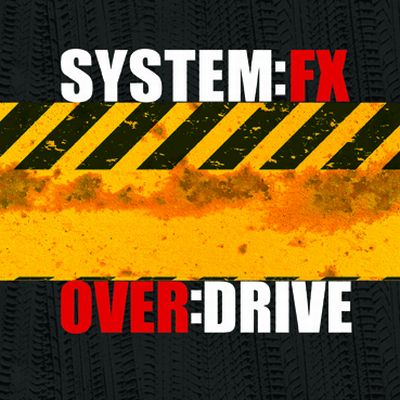 Continuing to combine ‘old-skool’ 90’s industrial with modern EBM sounds, you can expect to hear System:FX’s trademark “Innovate not imitate” ethos throughout this output.

Having a number of live gigs under their belt for support slots with established acts like Nitzer Ebb, Combichrist, Agonoize, DAF, Panzer AG, Client, and Implant, as well as a UK tour with Grendel and Aesthetic Perfection, the band quickly made themselves a name as one of the UK’s top live industrial bands.

System:FX have started work on a full length album which will see the light of day in the not so distant future, and a number of live shows for the second part of 2011 have been confirmed.