Tall Ships have just wrapped up a busy featival season which saw them wow crowds at Bestival, Hop Farm, 2000 Trees, The Great Escape, Live At Leeds, Tramlines and numerous others; they recently returned from a week of playing shows in Brazil. 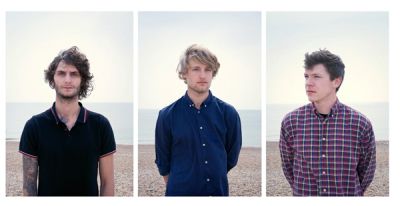 Their next overseas adventure takes place later this month as they fly out to New York to take part in the CMJ Music Marathon, playing a handful of shows through the week. Exact dates and times will be announced via the band’s Facebook next week.

Back on this side of the Atlantic, they’ve also announced a few shows, including their final (and biggest headline so far) London show of the year at The Lexington.

The Brighton-based trio, who released (and immediately sold out) their first 7″ single earlier this year, are currently in the studio recording their debut album. The record is being produced by Jamie Field (Tubelord, Colour) in Bovey Tracey, Devon, and is tentatively set for release next spring.