The Maccabees have announced they will release their third studio album ‘Given To The Wild’ on January 9 on Fiction Records. The five piece from London – Orlando Weeks, Hugo White, Felix White, Rupert Jarvis and Sam Doyle spent two years writing and recording the follow-up to 2009’s ‘Wall Of Arms’. 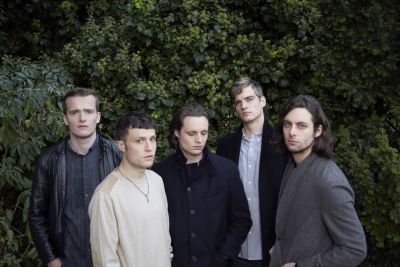 Tim Goldsworthy (LCD Soundsystem, The Rapture, DFA, Unkle) and Bruno Ellingham were brought in to record the first part of the record. The session was recorded at Rockfield Studios in Monmouth, Wales. They spent a month there before enlisting friend and songwriter Jag Jago from Ghost of a Thousand to engineer the songs back in their own studio. Final touches were made including placing some guitars and programming from the first bedroom demos back in.

“We’ve grown up as people and changed as a band,” guitarist Felix White reflects. “We’ve learned for the first time what we really wanted The Maccabees to sound like on record. It’s taken us three albums but we finally achieved that. We’ve discovered what we’re truly capable of and that feels really exciting.”

In addition to their sold out tour in January the band have announced new dates in March: