Details of an upcoming deluxe box set edition of the Who’s 1973 LP ‘Quadrophenia’ have been disclosed. 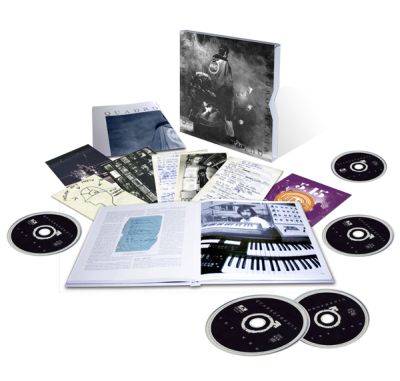 The five-disc limited edition package will include a remastered double CD of the original album, a two disc collection of demos from Pete Townshend’s studio archives, an eight-track DVD-A produced in 5.1 Surround Sound, a 100-page hard-back book with words and pictures documeting the album’s creation, a replica 7-inch vinyl copy of the ‘5:15’ single and a 20″ by 30″ poster.

Townshend says the project has been inspired by sustained public interest; “The Who performed a concert version of the piece at the Royal Albert Hall in 2010 for the Teenage Cancer Trust with excellent reviews, and the success of that event led to the prospect of a Who tour in 2012 based on the album.”

He continues, “The time has come for me and my team to honour ‘Quadrophenia’ with a carefully presented package that features examples of the impact surround sound (quadrophonic) would have on the music, to remaster the vinyl mixes, and to collect and restore my demos. I am also going to try to shed some light on the way ‘Quadrophenia’ came about, and how it was inspired by events in my life in 1970 and 1971 when I scribbled or typed the very first notes and lyrics for some of the songs that made it onto the final record.”

The ‘Quadrophenia: The Director’s Cut’ boxset is released on November 14 on Universal Music and can be pre-ordered now via the label’s online store.