Times Of Grace are to play a couple of low-key warm-up shows to prep their Download Festival appearance this June. Although low-key, these shows will actually be the band’s debut UK shows, so expect these tickets to move quickly. Dates are: 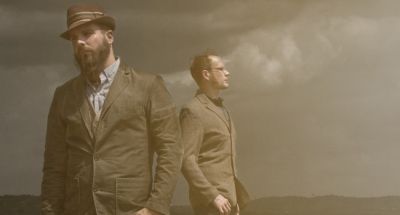 Times Of Grace is Jesse Leach on vocals and Killswitch Engage’s Adam Dutkiewicz on guitars/vocals, yet they have a touring line-up that features guitarist Joel Stroetzel, bassist Daniel Struble and drummer Dan Gluszak. Stroetzel is a familiar name to Times of Grace fans, as he is also guitarist for Killswitch Engage, alongside Adam D, and also played with Leach when he fronted KSE back in the band’s early days. Stroetzel’s involvement in Times of Grace was a happy accident, as he assisted Adam and Jesse when they recorded an acoustic performance for iTunes US late last year. Times of Grace were on the hunt for a live guitarist and Stroetzel just clicked, so he decided to pitch in for his friends and become their touring guitarist. Struble is the former singer of Five Pointe O, a one-time labelmate of KSE, while Gluszak is the former drummer of Envy On The Coast.

Times Of Grace’s debut album, ‘The Hymn Of A Broken Man’ is in stores now and can be picked up at i-Tunes, Amazon and Play.com.