On the back of their ‘Free-ze’ tour at the end of last year, Twin Atlantic have announced a fresh schedule of live shows in the UK and Ireland this April. 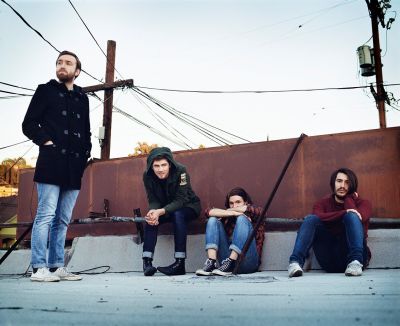 The upcoming brace of gigs celebrates the band’s fifth anniversary, and the band hopes the as-yet unnamed tour will be their best yet.  They add: “The fans that we have gathered over that time is something we are really proud of and we can’t wait to have you all, along with new intrigued human beings, in the same room again so we can experience the feeling that makes being in this band so damn exciting.”

The prospect of something special on the upcoming tour is also promised from the Scottish quartet: “Perhaps new music? Perhaps a bigger show? Perhaps exploding planets and ﬂying cats dressed like babies? It’s all a work in progress.”

Twin Atlantic’s shows in the British Isles follow a string of performances in Europe and America this January and February. Confirmed dates for the UK and Ireland gigs are as follows:

Tickets for these shows cost £12.00 (£13.50 London) and go on sale tomorrow (January 13) at 12.00noon UK time via the Gigs and Tours website.  More information about Twin Atlantic can be found on their website.