Ugly Kid Joe announced their arrival back on the UK scene with a triumphant set at a sold out London Underworld and a second stage performance at Download festival in June 2012. 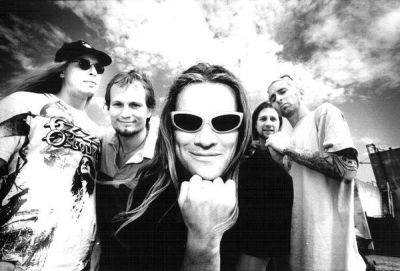 This coincided with the digital release of brand new material – the ‘Stairway To Hell’ EP. This launch pad saw them go on to play to over 300,000 people across Europe in June and July 2012 – playing with such luminaries as Guns N Roses, Faith No More and The Cult.

UKJ return to the UK in October 2012 with support dates to Alice Cooper and co-headline dates with Duff Mckagan’s Loaded.

Tickets for Alice Cooper dates are available from all usual outlets.

Co-headline shows are priced £20 (subject to booking fee) and are available from  http://www.ticketmaster.co.uk.