Warm Brains is the warped of imaginings of London based DIY producer Rory Attwell. Having previously been in a spate of bands (a popular point being made in the press of his “ex-Test Icicle” status but more recently having played in alt-goth-punk outfit Kasms), he has concurrently become known as a prolific producer in his own right. Old Volcanoes shall be released through Marshall Teller Records on August 1. 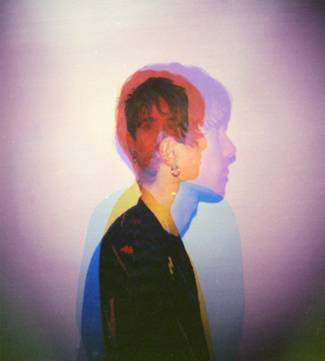 Under the moniker Brattwell Recordings, Atwell has provided a magic touch in the studio for numerous exciting UK bands including Male Bonding, Fair Ohs, TEETH, S.C.U.M, Veronica Falls, Cold Pumas, Holy State and countless others. Now, Rory has finally decided it was time spill his brains and to start work on pulling his own ideas together.

Work took place in Spring 2010 at the Pallet Recording Studio which is co-run by Rory and Tom Vek (who also wrote and produced his album ‘Leisure Seizure’ in the studio). Subsequently six months was spent sneaking the odd hour or two between recording sessions and gradually pulling together an album of self-penned material using his acquired recording experience and “jack of all trades…” approach to instrumentation. Atwell writes, performs and produces all of the tracks unaided, with the exception of vocal collaborations on three tracks from Roxanne Clifford from Veronica Falls, Gemma Fleet from Trogons and Florence Van Camerijk from Paradise.

The lead single from the album is ‘Let Down’; an upbeat track taking a very British sounding spin on something with strong hints of American indie and alt-rock. The A-side is then juxtaposed with the more melancholy, stripped down track which closes the album, ‘Stone To Sand To Glass’, giving a good representation of how sonically diverse this record is.