Bestival has teamed up with The Cure and Schecter to offer an exclusively designed guitar to three lucky winners. The guitar of choice for Robert Smith, these beauties have been specially pimped in honour of The Cure’s Bestival 2011 appearance and will be signed by the man himself! The festival will also be giving away a lifetime supply of tickets via a fancy dress competition. 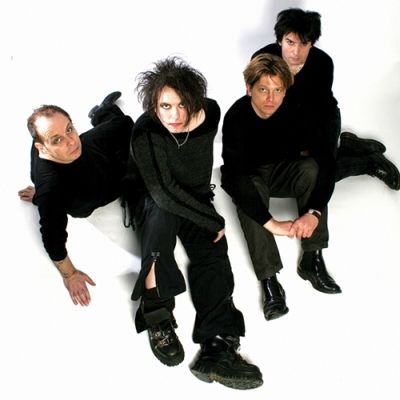 While Schecter Guitars say: “We are proud to partner with The Cure for this amazing event! These UltraCure guitars are adorned with special Curetoon/Bestival art which are destined to be a collector’s item. The UltraCure, designed by Robert Smith has been his main guitar for both the stage and studio for the past 5 years!”

Robert Smith will draw three names “out of a hat” backstage just prior to The Cure’s Saturday night headline performance, and the Curetoon Schecter guitars will be shipped to the winners once Bestival 2011 has ended.

What time do The Cure dream?

Texts will cost £2, you can enter as many times as you like and best of all, the dosh will be donated to the charity lovecats of Ataxia UK, St. Jude’s Children’s Hospital and St Catherine’s on the Isle of Wight.

As we know from years gone by, creativity knows no bounds for you lot. So in return for giving us an upfront glimpse of your amazing fancy dress creations you could be in with a chance of winning a lifetime’s supply of Bestival tickets!

All you have to do to enter is send us a photo of you dressed up in your Rock Star, Pop Star or Diva get-up to fancydress[at]bestival.net and we’ll post them on our Facebook page in a Rock Stars, Pop Stars and Divas photo album. The Village People will then choose either the most radically rock n roll, the topper-most of the popper-most or deliciously Diva-ish costume from all of the entries on Friday 2nd September and the winners will get their hands on that coveted lifetime’s supply of Bestival tickets, whilst two runners-up will bag a Bestival hoodie each, so make sure you email your pics in for your chance to win!

David Hodo, the Construction Worker of Village People told us: “Village People dress up in costumes every time we go on stage. It will be fun to judge other people who get dressed up also. We are so looking forward to being judges at the competition for Bestival 2011.”

While Bestival head-hippie Rob da Bank says: “Righto folks its time to get your needle and thread out, dust down your wigs and get your brains into gear for the fancy dress theme, Rock Stars, Pop Stars and Divas. Bestival kicked off the whole theming of festivals 8 years ago and i’m really proud that everyone still make the efforts to get escapist and lose themselves in some crazy gear all weekend. This year The Village People are waiting to see your creations in advance and the winner gets a lifetime supply of tickets to Bestival and I’ll be personally checking you’ve all made the effort for the parade on Saturday afternoon. Don’t be shy!”