The second release from London’s Zulu Winter, and their first on a new label, reaches stores next month. 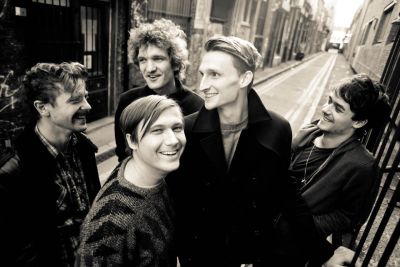 ‘We Should Be Swimming’, the follow-up to ‘Never Leave’/’Ket’s Move Back To Front’, is backed with ‘Sycamore Trees’.  The track, issued on Play It Again Sam Recordings on February 27, is produced by Tom Morris and will feature on the quintet’s début album which should be released in May.

Zulu Winter are set to perform at two press-linked events in the coming months; they join the ‘New To Q’ line-up at London’s XOYO on January 26, and they shall take the stage at the NME Awards Show at the capital’s Cargo on the same day as ‘We Should Be Swimming’ hits stores.

UPDATE (JANUARY 24): It’s been announced today Zulu Winter will perform at this year’s Isle Of Wight Festival on June 24.

More details on the band can be found on their website.