San Francisco rockers Counting Crows have announced their first UK tour in over four years. The multi-platinum seven piece will bring their live show to Birmingham, Bristol, London, Manchester and Glasgow in April, after touring in Australia and a string of European dates. 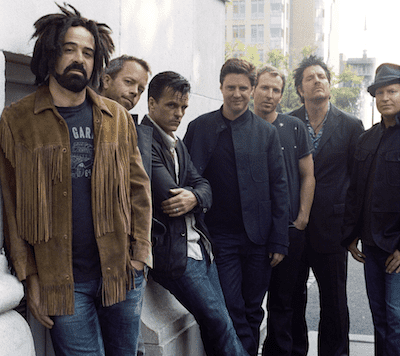 “All I could say when I saw the plans for a UK/EU tour was ‘It’s about time,” says Adam Duritz, “it’s hard to explain to fans why bands occasionally let so much time pass between visits. The truth is sometimes life just gets in the way and, before you know it, it’s been a few years. Personally, I’m just glad we’re going back. I have a lot of great memories of past tours. Remembering where we’ve been always gets me excited about where we’re going.”

The tour follows the release in 2012 of ‘Underwater Sunshine (Or What We Did On Our Summer Vacation)’, a collection of more and less known songs ranging from the 1960s to our days. Produced by Counting Crows and Shawn Dealey, ‘Underwater Sunshine…’ features tracks written by artists such as Big Star, Gram Parsons, Tender Mercies, Kasey Anderson and The Faces. A new live album will be released to coincide with the dates.

02 and Counting Crows Community pre-sale starts on January 23 at 9.00am.

Counting Crows will be offering two VIP packages for each show, Early Access and Meet and Greet. They will both include digital download of latest CD, early access to the venue, exclusive merchandise item, and VIP laminate. With Meet and Greet package allowing fans to attend the last 20 minutes of sound check and meet the band.