Death Cab For Cutie return with a forthcoming single, album and tour

Home » Death Cab For Cutie return with a forthcoming single, album and tour

Multi Grammy-nominated quartet, Death Cab For Cutie have announced the release of their new album, ‘Codes And Keys’ set for release on May 30 through Atlantic Records. The debut single from the album, ‘You Are A Tourist’ will be released on May 16. The band recently made history by live streaming the filming of their one take, scripted music video for the single. 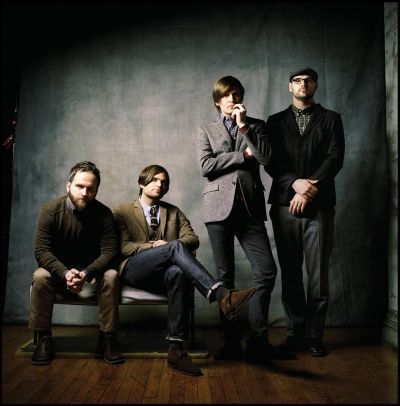 Making their first live return to the UK since 2008, the band have announced that they will be playing the prestigious Hop Farm Festival on July 1, followed by a main support slot on the Foo Fighters show at Milton Keynes Bowl on July 2. Following on from this, the band will be playing three headline shows in Manchester, Nottingham and finishing up at London’s Brixton Academy on July 7.

‘Codes And Keys’, which was mixed by Alan Moulder (My Bloody Valentine, The Jesus and Mary Chain, Nine Inch Nails) will mark the first all-new Death Cab for Cutie release since 2009, which saw the hit single, ‘Meet Me On The Equinox’ as well as ‘The Open Door’ EP, which later earned the band their third consecutive Grammy Award nomination for Best Alternative Album. The EP straight after their critically acclaimed 2008 release ‘Narrow Stairs’ which also gave them two Grammy nods for Best Alternative Album and Best Rock Song for the single ‘I Will Possess Your Heart’.

Death Cab for Cutie made their Atlantic Records debut in 2005 with their fifth studio release, ‘Plans’.  The album earned platinum-certification as well as spawned two gold-certified singles in ‘Soul Meets Body’ and ‘I Will Follow You Into The Dark’.