†HYMNS† are a very sharp two-piece atheist rock band from the midlands comprising of Samuel Manville (ex-Blakfish) and Peter Reisner. †HYMNS† is an interpretation of classical music through the medium of vocals, guitar and drums. Taking inspiration from the classical works of Arvo Pärt, Ludovico Einaudi and Steve Reich fused with the garage rock of Forget Cassettes, and Des Ark. 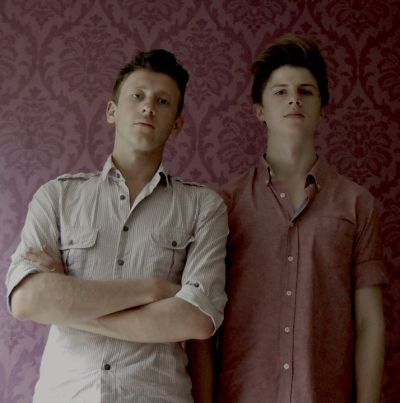 On the debut double album ‘Cardinal Sins / Contrary Virtues’, the core lyrical concept is atheism, reinterpreting classical standards, through the filter of post-punk and Nick Cave. Big guitars with intricate drums and a vocal line that’s far from priest-like.

Live is where †Hymns† excel, rigging the guitar through two guitar amps and a bass amp. They slip between bold and brittle, brash and delicate with precision and conviction putting most bands of more conventional member numbers to shame.

The band will play the following dates: