Ill Niño brings the celebrations to the UK this March, marking the 15th anniversary of their critically acclaimed debut album ‘Revolution Revolución’, by playing the classic in its entirety, alongside other fan favourites from the band’s extensive catalogue. 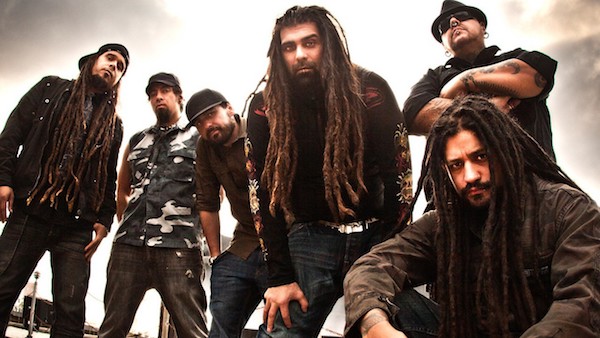 Drummer Dave Chavarri says, “It’s amazing that it’s been 15 Years, since the release of our debut Revolution….Revolución. It’s been a wild ride, with lots of great memories, toured the globe with some amazing bands, that are now our tour family, and we’ve made many friends along the way. I can’t say that it hasn’t been with our share of trying times. But this East Coast Latino Crew, is still here rocking, doing it our way, and not taking anyone’s bulls**t! To many more years of Revolution.”

Reigning from New Jersey/New York, Ill Niño are a force to be reckoned with. ‘Revolution Revolucion’ marked what was the beginning for these founding fathers of Latin Metal. The band continues strong 15 years later and show no signs of letting up as they bring their “15 Years Of Revolution” tour to the UK this March following extensive touring across Europe, U.S., Australia, UK, South America, Japan, and China.

There’s no doubt… Ill Niño have cemented themselves as one of the best, must see live metal bands.

With 1.3 million worldwide albums sales under their belts and still going strong, their breed of metal to the masses resonates with longterm and new fans. Not following the typical flavour of the day musical trends, and sticking to their guns, is what makes Ill Niño one of the most prolific Latin Metal bands of all time.