Klaxons have announced a series of tour dates in the UK through July in support of their forthcoming new album produced by Slipknot and The Cure collaborator Ross Robinson. 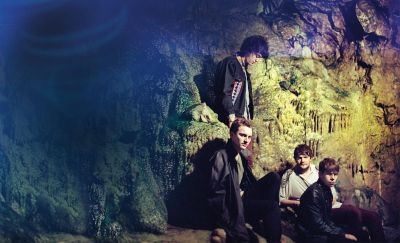 The album took three years to make and sees the band move into more of an alternative rock sound. “We were an art project that got out of hand,” says bassist Jamie Reynolds, “but now we are a band.”

The band are currently streaming a track via their website. ‘Flashover‘ is described as: “Ranging from guitar muscle assault to deceptively delicate melodies, the epic five-minute opus encapsulates the album as a musical whole and is both a bold statement of intent and a tantalising taster of what’s still to come.”