One of the world’s great live acts, Nick Cave & The Bad Seeds are returning to the UK this September, bringing their extraordinary show to arenas across the UK. 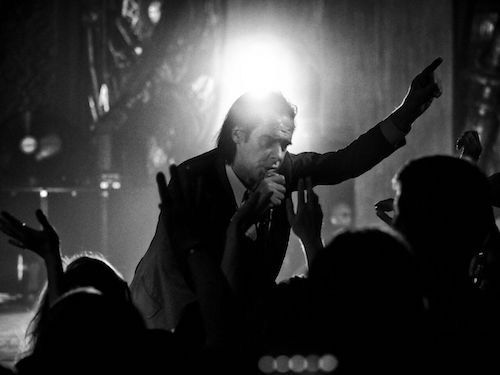 Earlier this year, they returned to the road for an acclaimed Australian tour, before tearing across the USA with some of the best reviews of a decorated career.

Unfurling new album Skeleton Tree’s exquisitely moving compositions alongside their essential catalogue, the band’s first shows in 3 years have provoked an ecstatic and passionate response in fans, critics and band alike, renewing a profound relationship wherever they play.

Nick Cave still inhabits rock ’n’ roll folklore, a blues soaked mythmaker and musician, singer, preacher, teacher, storyteller and shaman amidst the sharp suited maelstrom of the Bad Seeds.  But the confrontation of old has evolved into a connection with their audience, both physically and emotionally, touching hands and hearts from Sydney to LA.

In the UK, Nick Cave & The Bad Seeds will play 5 dates in Bournemouth, Manchester, Glasgow, Nottingham and London before crossing the English Channel to unite Europe until late November.

The last few remaining tickets are selling out fast and can be purchased from www.nickcave.com